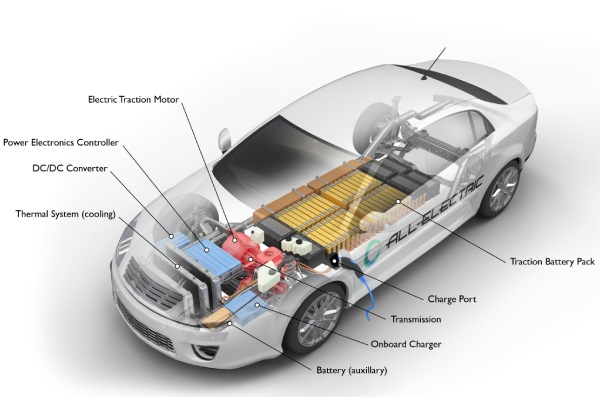 Learn the functioning of the electric engine

The electric car works by being plugged into a charging socket and obtaining electricity from the power grid. The electricity gets stored in the rechargeable batteries that supply power to the electric motor that spins the wheels. Electric cars function faster than vehicles that run with traditional fuel engines. Thus, it feels better and lighter to drive electric cars.

If you want to charge your electric vehicle, you can plug it into your home charging unit or an open charging station in the public. There are several charging stations around the country where you can completely charge your vehicle when you are out or on the road. If you want to save money when performing home charging, you should see that your EV electricity tariff is right. This way, you can save on the electricity bill and spend less while charging.

Electric vehicles do not have many moving parts because it is not an Internal Combustion Engine or ICE car. Let’s look at what helps in keeping the EV moving.

Charging: It should be plugged into an EV charging point or outlet to charge the battery of the vehicle.

Batteries: It helps in storing the electricity that is needed to function the electric vehicle. If the battery’s kW is higher, then the range would be higher.

Drivetrain: It comes with a single-speed transmission that transports energy to the wheels from the motor.

Inverter: It transforms the electric current as direct current or DC form into AC or alternating current.

Electric motor or engine: It offers energy for the wheel’s rotation. It can be AC or DC type. But AC motors remain very common.

What is the charging speed of electric cars?

There are three charging speeds in electric vehicles. They are slow, rapid, and fast.

Rapid: It is mostly valued from 43kW. It is compatible with electric vehicles that have rapid charging capability. The charging time would be 30 to 60 minutes.

Fast: It is mostly valued either 22kW or 7kW. It is mostly set up in houses that have off-street parking, leisure centres, supermarkets, and car parks. The charging time would be three to four hours.

Slow: It is rated about 3kW.